Leader of Yoruba Socio-Political Organization, Afenifere, elder Ayo Adebanjo, has stated how he is now friends with the former president of the federal republic of Nigeria, President Olusegun Obasanjo, as a result of their mutual support for the presidential candidate of Labour Party, Peter Obi.

Earlier this week, former president Olusegun Obasanjo, Pa Adebanjo, and Peter Obi with others, paid condolences visit to the family of the late Minister of Aviation, Mbazulike Amechi,

Speaking at the visit, Obasanjo said, “What I believe and what I believe that Chief Ayo Adebanjo believes is not ethnic, sectional or religious, it is Nigeria and Nigerians. When I go out and people thank me, I say, ‘What are you thanking me for?’ and I tell them, ‘Please, stop thanking me. Why should you be thanking me?’

“I believe in equity, justice and one Nigeria. I have shed my blood for this country. I have gone to prison for this country, so what are you going to frighten or threaten me with? The only thing that my senior brother (pointing to Adebanjo) hasn’t done is that he hasn’t shed his blood, but he has gone to prison. Let us leave it at that.”

In response to Obasanjo’s comment, Adebanjo said, “You have not shed your blood, you only attempted to, because you are still alive,” a remark that drew laughter from him and the audience. Obasanjo swiftly responded in Pidgin English, saying, “What of the blood I shed at the war front? I can show you where it hit me and nearly touched the wrong place,” as he pointed at and made a veiled reference to his private parts. His response was also greeted by laughter from the audience.

Obasanjo continued, “The problem we have right now is not ethnic, it’s national. For me, the first thing that is important in a leader is character. The problem we have had over the years is that we don’t have leaders who have the right type of character for which they should be entrusted with a leadership role. So, if I put my finger on anything or anybody, it is because comparing one with another, I see that there is merit that would be of benefit.”

Read Also: Buhari, to receive an award on peace and security

Going further, Adebanjo added, “What unites us is Nigeria. All the time I disagreed with him (Obasanjo), there was no personal issue. It was on this issue of Nigeria and we agree it should be better. We all agreed that Obi is the man. That is why we are friends. And that was what we made clear to the people of the East. It was the question of Nigeria and we were able to demonstrate the importance of Obi’s victory in the election. Even people who do not agree on things agree on this one.” 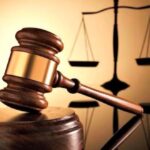 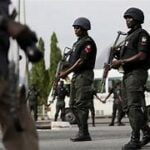