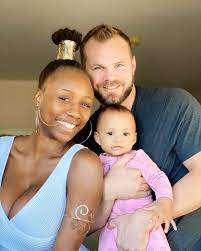 Dancer Korra Obidi in a picture with her husband and first child.

Dr Justin Dean, an American therapist and husband of Nigerian musician and dancer Korra Obidi has confirmed that his marriage to the celebrity has crashed.

The doctor caused quite a stir on the internet when he announced the divorce from his wife.

Taking to his Instagram page, he stated that he was filing for divorce from the dancer as he can’t accept being mistreated. He said he tried his best to make the marriage work until he gave up.

He revealed how heartbroken and said he was over the incident especially when he supported and loved her with all of him.

“@Korraobidi and I are getting a divorce. It is over! I won’t be treated this way longer. I did my absolute best to make it work. I didn’t want this, I did my best. My heart is broken. I supported her, I loved her. I don’t deserve the way I was treated.

Many thought his account was hacked or he was playing a prank and at such didn’t believe him.

This is a big blow for the couple who had just welcomed their second child.

The couple welcomed their second child on the 3rd of march. 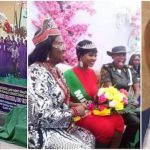 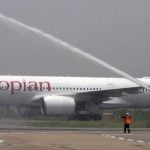