Pastor Paul Enenche cautioned his congregation and residents of Abuja at large to not be perturbed by the terror threats or let fear come in become terrorism he said, thrives with fear.

As a result of the news sent out by the US and UK embassy, tension has been uprising in the city of Abuja and its environs as  the united states and United Kingdom began to send some of their citizens back to their countries and even canceled flights from London to Abuja.

The alert claimed that the terrorists were targeting large crowd gatherings I.E government facilities, places of worship and schools, among others.

It has been reported that several Government and private establishments have been shutting down operations as a result of the threat.

However, the president sent his words that the country is safe and there is no cause for alarm.

Reacting, Enenche urged Nigerians to fear not because such a prediction would end in futility.

He added that the plan was also that Nigeria be the headquarters of the Coronavirus from prediction, but it failed.

He said that some people were already suggesting that churches should turn into isolation centers when the virus came to Nigeria but it also failed.

According to the pastor on Sunday at the headquarters of Dunamis, God who stopped such prediction from coming to pass would avert every planned terrorists attack in Abuja.

“The God who delivered us from the negative prediction of 2015 and the Coronavirus is delivering us again.” The pastor said 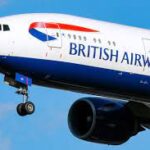 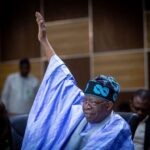