The Executive Secretary of the board, Mr Chukwuka Daniel, said this at a news briefing in Umuahia on Friday, said the Abia Scholarship Board has offered scholarships to 55 persons to study in reputable institutions of higher learning in Australia and India.

Daniel said this act was a sequel to the state government’s mandate to the board to give scholarships to at least 100 persons.

He said it is a programme evolved by the government to empower its workforce for improved productivity through access to high-quality education.

Daniel further said that the success recorded during the first phase of the programme led to an increase in the number of applications for the scholarship, stating that the government was investing heavily in the scheme, adding that the board would not tolerate mediocrity from the beneficiaries of the scheme during their study.

He further said the board had set up a foolproof mechanism to guide the selection process and ensure efficient performance by beneficiaries in their course of study in Nigeria and abroad.”We have beneficiaries that are studying Renewable Energy, Information Technology, Pharmacy and Engineering, amongst others.
“The government is building capacity as the beneficiaries on completing their programmes will return to work for Abia Government for five years based on agreement with each beneficiary.” Mr Daniel said.

He also mentioned that the scholarship would be extended to government secondary schools and that the board had commenced the collection of information for the exercise.

Daniel encouraged Abia workers to take advantage of the opportunity provided by the government through the scheme to acquire higher education. (NAN) 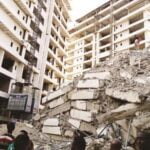 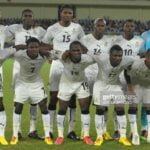