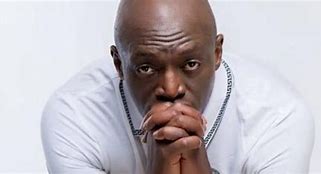 He passed away on the 25th of November 2022, at the age of 51. He was reported to have slumped while being treated for exhaustion.

His colleague Righteousman described Sammie as a workaholic who hardly found time to rest. He described sammie’s death as tragic, stating that Sammie had also collapsed on his return from the UK  for his Praise Party concert and had started treatment for exhaustion before he finally slumped again.

“We should learn to take time to rest, Sammie Okposo was always working. I will personally miss him. He was a great singer who influenced a lot of young Nigerian gospel singers. I know how much I love his music. He served God and not man,” Righteousman said.

Richard Mofe-Damijo popularly known as RMD also expressed his emotions as he posted a video of himself and the late singer on his Instagram page, stating how they had shared so many great moments just about a month ago, and spoke about their plans for the coming new year.

He said “This was exactly a month ago in the US. We spent two weeks together and fellowshipped as men.  We ate, drank and teased each other. We made plans for the new year… yet here I’m struggling and looking for words to capture our relationship.”

Other people in the entertainment industry have been sending their tributes to the late Gospel singer via their various social media handles and pages.

In the year 202, the gospel singer had a narrow escape from death as his propeller shaft pulled off his car while he was still in motion on the Third Mainland bridge in Lagos.

Read Also: Tinubu gives reasons why he will not accept an interview from Arise News

He took a break from ministry after he had a scandal of cheating on his wife which he came publicly on social media to apologize to his wife for. He later moved on a while after tendering his apology, and deleted the post, moving on with his life.

Okposo resumed his Praise Party concert of which he used to raise younger music ministers, one of which he came back from about a month ago.

Sammie Okposo has collaborated with many other artistes, national and international. Some of his songs are the popular ‘Welu Welu,’ a traditional track he rendered in pidgin, ‘Naija Praise’, ‘Jump and Shout’, ‘Jehovah Idi Ebube’ and many more.