The medical director of one of Nigeria’s biggest hospitals, Dr Christopher Otabor,  has taken to his social media page once agin to share his concerns on the depreciation of the naira.

As usual, his posts has been garnering reactions.

He started by applauding the support of Wike to the players and also applauded the players for their doggedness. He went further to question the act of Wike gifting the players cash gifts in dollars as a Governor that he is, endorsing another countries currency rather than Nigeria’s.
He suggested that for Naira to hold value once again, it is our duty to save it especially those in the political position, representing the country.
“Last week, Rivers United football club was crowned champions of the Nigerian professional football league 2022. I commend the doggedness of the players and the strong financial and moral support given to the team by their governor, His excellency, barrister Nyesom Wike.” He stared
“At the reception held in honor of the team this past Wednesday in Port Harcourt, the governor announced a cash gift of 20,000 dollars to each of the players. This announcement got me really worried. I was not worried because of the value of the gift. For me, they actually deserve more. My worry is this: Why in the world should a governor in an official state function make a donation in dollars in a naira denominated economy and at a time when the naira is at it’s lowest ebb against the dollar.
“The governor may not know it, but what is playing out here is economic sabotage. In recent years I have watched the central bank governor sweat it out while canvassing arguments in defence of the naira. To be fair to the CBN governor, he has taken many pragmatic steps to stem the free fall of the naira against the dollar. The CBN policies are doomed to fail and are failing partly because of our so called big men who take pleasure in the dollarisation of our economy.
“If not for the last minute scheming that saw governor Aminu Tambuwal step down for Atiku Abubakar during the recently concluded PDP presidential primaries, Wike could easily have emerged as the presidential candidate of the PDP, a major political party in Nigeria with a chance of winning the 2023 presidential election. A presidential candidate who does not understand or care about economic patriotism is a disaster. I cannot imagine a governor in a state in the USA or anywhere else making donation to his fellow citizens in other country’s currency. He or she will be impeached same day.
“What in the Lord’s name are local footballers doing with dollars? They will eventually change the hard currency to naira and spend the money in Nigeria. Though this appears to be an innocuous process but it has implications in the value and availability of the dollar to those who require it for importation of critical equipment and payment for essential services abroad.
“They are left to grapple with the burden of skyrocketing prices of the greenback which is mostly only available in the black market. The reason why the Rivers governor or his advisers did not see anything wrong in giving dollar gift to local chaps is because they are now used to spending dollars in their everyday lives. The naira is now too bulky to carry around. This is true for most of our governors, senators and others holding high and lucrative offices in the country.
“Curiously, the dollars they spend are traceable to money shared from the federation account, internally generated revenue or kick back from contractors. The Gandollar saga in 2019 is still fresh in our memory. At the end of the day, we create an artificial scarcity of dollars which impacts heavily on those who need it for valid foreign transactions and the resultant intractable inflation bedeviling our economy.
Read also: The fuss over 100 million naira nomination, a misplaced concreteness
“Our so called big men sacrifice economic patriotism on the altar of convenience and avarice.
Apart from our expenditure on importation of refined petroleum products, the next biggest factor responsible for pressure on our foreign reserve and by extension on the naira is the dollarisation of our economy. There is so much dollar in the hands of many politically exposed and and some volume moving business people. Take away the artificial factors, naira should not exchange for more than N250 per dollar.
“In my opinion, two factors will restore the pride of our good old naira. Firstly,
fix our refineries to stop importation of refined petroleum products and secondly, enforcement of the law that criminalised the use of the dollar as a means of exchange or value addition within the shores of Nigeria. A strong political will is required to achieve these two because there will be push back from the current beneficiaries of the status quo. The job of the incoming president is well cut out for him. Whoever that person would be, I wish him courage.
Dr Otabor Christopher, FICS
Chief Consultant orthopaedic surgeon
Medical Director Alliance Hospital Abuja” Dr Otabor clearly sated. 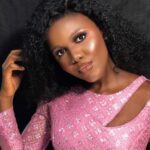