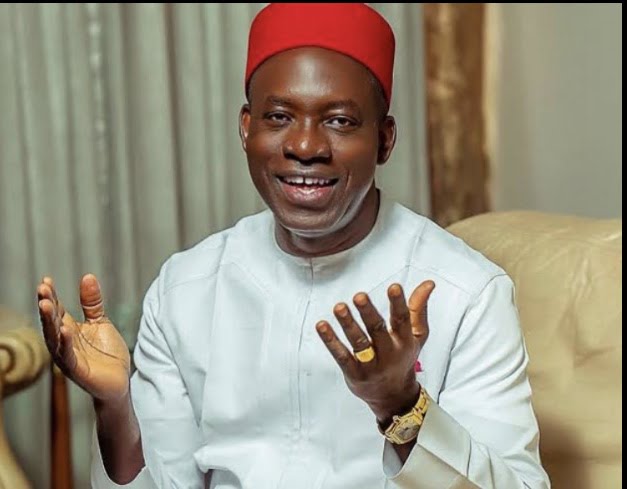 Governor of Anambra, Chukwuma Soludo has expressed his displeasure on the manhandling of Prophet Chukwuemeka Ohanaemere (Odumeje) on Thursday, at the demolition of his church.

Governor Soludo has ordered disciplinary actions to be taken against the personnel’s involved.

It is recalled that the Prophet’s church was marked for demolition in April this year, in line with Onitsha Urban Renewal Plan spearheaded by the Soludo-led administration.

During the demolition exercise on Thursday, Odumeje was manhandled by security agencies who accompanied the demolition team. A viral video showed the cleric being slapped severally as he tried to move to the demolition area.

Mixed reactions followed the attack of the prophet as many condemned the act, describing it as unfair while others viewed it as right, alleging that he had several times invaded and destroyed shrines.

Governor Soludo however had a different opinion. He said: “Yesterday’s outing has evoked emotions, not against the decision of government, but the imperfect and unprofessional manner with which one of the task force members discharged his lawful duty.

“This is highly regretted, and would never happen again. I have instructed that the task force personnel involved in the manhandling of Prophet Chukwuemeka Ohanaemere (Odumeje) be treated in accordance with the rules of public conduct which he roundly failed to uphold.”

He also encouraged the people of Anambra saying “it takes audacious steps towards making our Anambra a livable and prosperous homeland.”

He went further to say; “On this journey, imperfect steps will be taken, emotions will run wild and opinions will grow thick. What is pertinent to note is that we shall remain undaunted, correct our imperfections, strive to put our emotions in check and aggregate opinions that are in the interest of our overall good.

“We will continue to work to actualise the mandate you have given to us. Nothing short of the best outcomes is guaranteed. On behalf of the government and good people of Anambra State, I condemn the assault, and further ask for your continued support in the fight to restore the dignity of Onitsha, and indeed the totality of our Homeland.”

Odumeje also took to his Instagram to react to the recent development, encouraging his church members not to be distracted. Adding that the activities of the church will go on as usual.