The study findings were announced in a speech by the Kremer to African Heads of State and Education Ministers, including Nigerian UBEC and SUBEB leaders at the Education World Forum in London, titled, ‘Education: Building forward together; stronger, bolder, better.’

It added that some of Nigeria’s governors had implemented the methodology to transform learning outcomes across their public school systems including early childhood, primary and junior secondary schools.

It read, ‘‘The study finds that if replicated at scale across public education systems, the gains would be enough to put African children from underserved communities on track to match their peers in countries with incomes three or four times higher.

‘‘For early childhood development – typically three and five-year-olds – children gain nearly an additional year and half of the learning; learning in two years what students in other schools learn in three and a half years.’’

Kremer said, “This study shows that attending schools delivering highly standardised education has the potential to produce dramatic learning gains at scale, suggesting that policymakers may wish to explore the incorporation of standardisation, including standardised lesson plans and teacher feedback and monitoring, in their own systems.”

Prof. Isaac Mbiti of the University of Virginia and a co-author of the study said, ‘‘The study illustrates the promise of alternative models of education in improving the effectiveness of primary and pre-primary schools in developing countries.

The data-driven scientific learning techniques that underpin this study are the blueprint for those used in all schools NewGlobe supports in Edo, Lagos and Kwara States. It shows that it is possible to deliver radical and immediate change for generations of children and that poverty isn’t destiny for individuals or nations.’’ 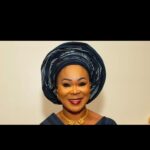