An NGO, Global Peace Development  implementing a European Union-funded peace-building initiative in collaboration with the British Council Managing Conflict in Nigeria, has stated that it plans to train 5,000 people in peace education in 10 violent-prone communities in Adamawa State’s Guyuk and Lamurde Local Government Areas.

The initiative’s principal goal is to promote peaceful cohabitation in communities that have been destroyed by conflict.

According to the GPD Executive Director, Ebruke Esike, over 2,000 women and youths have been trained in peace education in Guyuk and Lamurde, two councils selected for the pilot scheme in Adamawa State because of their history of violent conflict due to farmer/herder clashes, youth restiveness, and inter-communal conflict.

Esike, who also mentioned reconciliation, tolerance, forgiveness, and honesty as important ingredients for peaceful coexistence, went on to say that academic experts in peace and security studies provide training to women and youth during community outreach on interethnic conflict mitigation and peacebuilding.

This engagement is organized by GPD Foundation in partnership with several women and youth groups, with money from the European Union,” he explained. It’s a five-month project aimed at fostering peaceful cooperation in areas torn apart by state warfare.

“Through this intervention, we hope to train 5,000 people, the majority of whom will be drawn from vulnerable groups such as women and youth.” Violence is a business that has never profited anyone since we are all losers in the end. It rips our social fabric, and the society suffers as a result. Because all efforts and energies that should have been channeled toward growth and development are redirected toward maintaining and sustaining calm in those places, people’s concentration moves to survival rather than progress.” 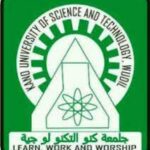