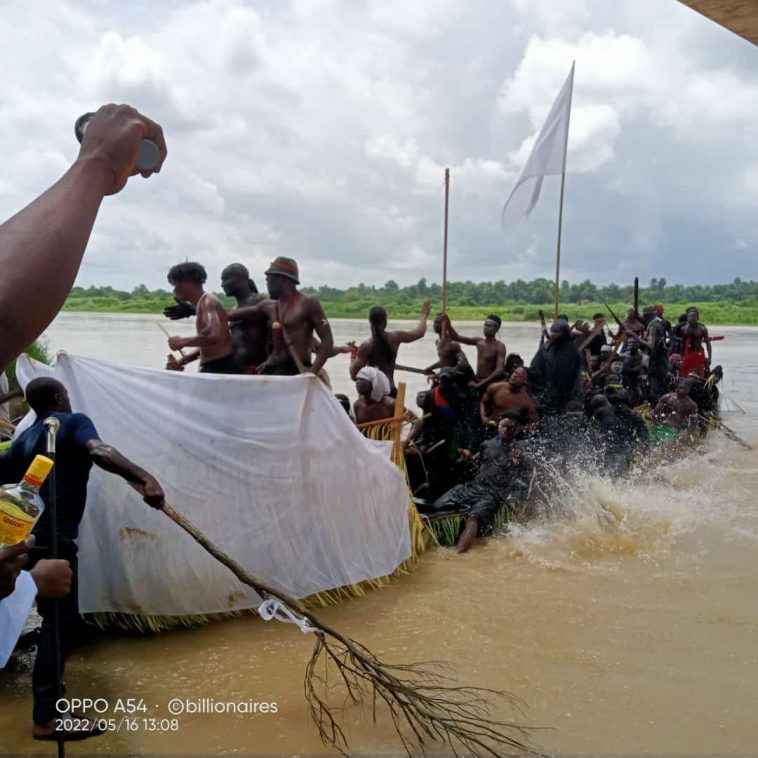 Boro Remembrance: Bayelsa Youths mark the 54th Remembrance Day of the Ijaw Hero, late Jasper Isaac Adaka Boro marked on the 16th of May yearly was observed in Kaima, the headquarters of the Ijaw struggle, and Yenegoa the Bayelsa State capital.

Major Isaac Jasper Adaka Boro was an undergraduate student of chemistry and student union president at the University of Nigeria, Nsukka before the revolution. He was known to cause a revolution that lasted for 12days declaring the Niger Delta Republic on Feb 23, 1966. He was intent on liberating the Niger Delta people from the socio-economic oppression by the Eastern regional government.

He was arrested and sentenced to death by Major Gen Aguiyi Ironsi. When boro was to be executed, the Nigerian civil war broke out and Gen Yakubu Gowon granted him amnesty. After his release, He joined the Nigerian Army to liberate his people from the wicked grip of eastern leaders. Adaka-Boro died on May 9, 1968, at Ogu Okrika at the age of 30 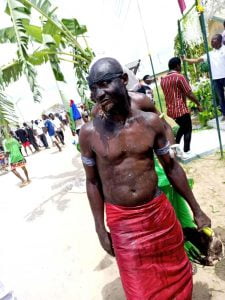 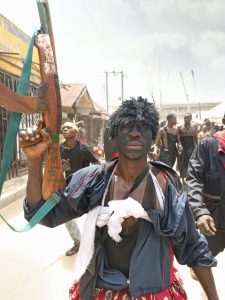 Hundreds of Ijaw youths, led by the Ijaw Youths Council (IYC) and the Movement for the Survival of Izon Ethnic Nationality in the Niger Delta (MOSIEND), as well as the Amagbein Peace Movement (APM), shut down businesses in the early hours of the morning to honor the Ijaw hero.

The most important aspect of this year’s annual event was the formal handover of the palatial building to the Adaka-Boro family, which was rebuilt at the family compound in Kaima by a former militant leader, ‘General Endurance Amagbein.

Adaka-Boro’s father’s house, built in the 1950s, was rebuilt by the former militant leader after he reportedly demolished the old dilapidated Boro’s house. which he saw as an eyesore and transformed into a magnificent 21st-century home.

“Amagbein came and said it was a shame that the house was standing like that and people were celebrating the hero, heaping praises on him, yet his house was dilapidated. He wondered how nothing had been done in the house in all these years of celebrating the great Hero, Boro. Amagbein took the initiative and spent more than N13 million to rebuild the house. People in government are benefiting from the sweat of the Adaka-Boro, but they will not look at the family,” said one individual. They started the anniversary outside of Nigeria, but former Governor Seriake Dickson brought it back. We will be eternally grateful to Amagbein for everything he has done.”

that the significance of the Boro Day celebration was understanding where the Ijaws came from, where they were now, and the changes they needed to make within themselves. To get to the Promised Land, we must instill Boroism in ourselves. True Boroism is characterized by unity, peace, and love. We are nothing without those components; we are unable to fight or identify our own needs, let alone discuss what others expect of us.” So we must represent those aspects of the overall struggle, for which this young man died. She added

the remembrance celebration of Ijaw hero, Boro reminds the youths from the Niger Delta region that he was not just another folk hero, but an active university undergraduate student-leader and Nigerian army officer.

“We are here to celebrate and also to pray to the gods and send a message to the Ijaw nation. We are here because Boro from his youthful age sacrificed his life for the Ijaw man to live a good life, to have light, to have good roads, and other things that make life worth living.

Another reason we are here is to celebrate with Boro and his family in Kaiama and today I stand before Boro’s grave.  What General Amagbein did and what Adaka-Boro did that motivated us: ‘Adaka-Boro said ‘I want to tell you something, you people will kill me but more Boros is coming and today Boro has given birth to General Amadein, the river lord. He has come out for peace, he has come out for development and he has come out for equality. Today, Amagbein is significant to Boro, to the Ijaw nation. He has built a house and made it a modern standard for his family.

The Adaka-Boro Remembrance day hopes to insight more Youth to stand up for what they believe in spite of opposing forces. 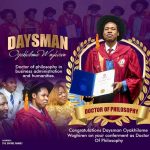