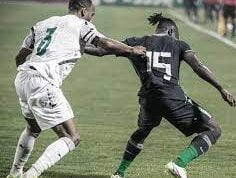 The Super Eagles on Tuesday were denied a World Cup ticket to Qatar after a dull 1-1 draw with Ghana at the MKO Abiola Stadium in Abuja.

The first leg game in Kumasi had ended 0-0 leaving the Ghanaians to qualify on the away goal rules.

Arsenal midfielder Thomas Partey had put Ghana in front early in the first half before Troost Ekong converted a penalty to equal affairs minutes later.

However, the Super Eagles couldn’t find the crucial second goal, breaking the heart of millions of Nigerian football fans.

The Black Stars of Ghana are back in the World Cup finals after qualifying in 2006, 2010 and 2014, but missing out four years ago.

Defeat was a massive blow for Nigeria, who were chasing a seventh appearance in eight attempts since debuting at the 1994 World Cup.

Public servants in Abuja were given a half-day and free transport was arranged from the suburbs to ensure a capacity 60,000 crowd cheered on the Super Eagles.

But the Super Eagles fell behind early on when Thomas Partey’s shot from outside the box slipped between the hands of goalkeeper Francis Uzoho and into the net.

It was the latest in a series of blunders by Nigerian goalkeepers with Maduka Okoyo blamed for the Tunisian goal that knocked his team out of the recent Africa Cup of Nations at the last-16 stage.

Troost-Ekong was the calmest person in the cauldron of noise midway through the opening half as he sent Ghana goalkeeper Jojo Wollacott the wrong way from the penalty spot to equalise.

Napoli forward Victor Osimhen had the ball in the net for Nigeria soon after, but it was ruled offside after a VAR check.

Nigeria applied constant second-half pressure, but could not break down a Ghana defence marshalled by Leicester City centre-back Daniel Amartey.

Ghana started the two-leg tie as underdogs after a dismal showing at the Cup of Nations in January, with a loss to minnows the Comoros condemning them to a humiliating first-round exit. 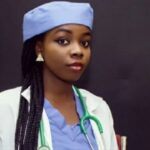 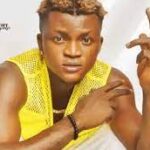