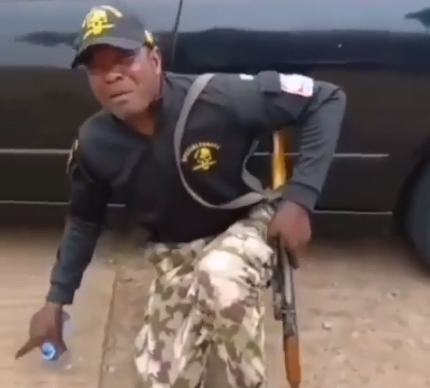 A video of a Nigerian army staff sergeant special forces is trending on Facebook, where he is seen crying and begging his superior to forgive him. This happened at a military checkpoint, where the superior caught the soldier collecting money from vehicles, especially the fuel tanker trailers and other cargo vehicles.

The unknown superior officer could be heard saying “you’re a staff sergeant behaving like a Lance Corporal, Private soldier”

The superior officer of unknown rank was demanding the staff sergeant to give him the money he had taken from vehicle drivers, probably so as to return to those drivers who might still be at the scene or maybe to use as an exhibit against the soldier.

As a Staff Sergeant, he is a Senior Non-Commissioned Officer and ought not to have been found wanting in such activities as this. He most probably would have been the guard commander for that military checkpoint, as there were other junior soldiers there. It is unfortunate that he involves himself in such a demeaning act.

Sergeant Begs His Superior: Watch the video below 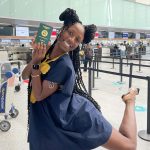 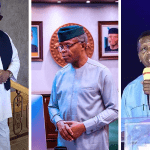