Screenshot of a tweet about salary of N2,473.75 paid by the Kogi State government to workers. Photo Source: Twitter @OlusayeP

Kogi State Salary and Bad Governance: Not only is the salary of Kogi state workers under the state universal basic education board paid late, on 09th March 2022 but the amount paid to some staff is alarming.

Last night a lady tweeted a screenshot of her mother’s salary, who happened to work in the Kogi state education board. She captions her tweet “This is a salary alert from Kogi state government to it’s workers. My mum happens to be a victim. This same man now stood up and said he wants to become the president of this country come 2023. Isn’t this wickedness at it’s peak?”

Most people may think and say that maybe she has a running loan, but does that mean every worker in the state has a running loan?? Because all workers especially the primary school teachers complain of not getting paid their exact salary but some sort of percentage. Kogi state salary structure to workers has always been poor for years now

Teachers in Kogi state surfers a lot, as some teachers’ basic salary, is below minimum wage. How can such a state have a sound primary education system?

It is no longer news that the state ever since its inception has had one of the worst sets of leaders in the Nigerian states. The government of the state is used to paying workers a certain percentage of their due salaries, while the remaining amount is forcefully never paid to the workers.

This act has gone on for far too long running into years but no one seems to be willing to intervene, not even the federal government.

In the early hours of today, one of our reporters got a call from a Kogi state residence who narrated her ordeal at the market. She said that “an old man was shouting and nearly cried as he speaks up about the condition of workers in the state. The man said that many state workers die weekly due to hardship as a result of poor Kogi state salary structure and wonders if this is how every state worker would continue to suffer”

Kogi State Salary: See the tweet and comments below…

This is a salary alert from kogi state government to it’s workers. My mum happens to be a victim. This same man now stood up and said he wants to become the president of this country come 2023. Isn’t this wickedness at it’s peak? pic.twitter.com/LsZSypYVFH 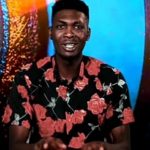