Ethopian Airline getting a water salute.

Aviation Fuel: Price may increase to N700 per litre by next week if the fluctuation continues – Mr Mike Osatuyi

The National Operations Controller, Independent Petroleum Marketers Association of Nigeria, Mr Mike Osatuyi, made mentioned that the Russia – Ukraine war/crisis might largely further affect the increase in the price of aviation fuel and other petroleum products which in turn will cause a hike in aviation fare.

The price of aviation fuel recently rose by 35 per cent from N430 per litre to N580 per litre. Oil marketers on Wednesday predicted that the price of the product might hit N700 per litre by next week if the global crude oil price continued to fluctuate.

Aviation fuel, also known as Jet A1, which sold for N190 per litre and later N360per litre in January this year, rose to between N579 and N607 per litre on Tuesday.

In Lagos, Jet A1 was sold for N579 per litre on Tuesday; Abuja N599, Port-Harcourt N599; and Kano N607. A few weeks ago, aviation fuel marketers had increased Jet A1 to about N450 per litre which forced the carriers to raise airfares by 100 per cent.

The latest hike in aviation fuel however came with a scarcity of the product, forcing virtually all the carriers to reschedule flights while others who could not get Jet A1 cancelled flights.

The domestic terminals of the Lagos and Abuja airports, as well other airports across the country were filled as restless passengers besieged airline check-in counters. Several passengers were stranded.

The Chief Operating Officer of Ibom Air, Mr George Uriese, had decried the situation, saying the latest increase in Jet A1 price had put domestic carriers in a very tight situation.

He said, “Something has to give way at this time, which I don’t know”. He felt perhaps airlines might be forced to change their business models if the situation persisted. 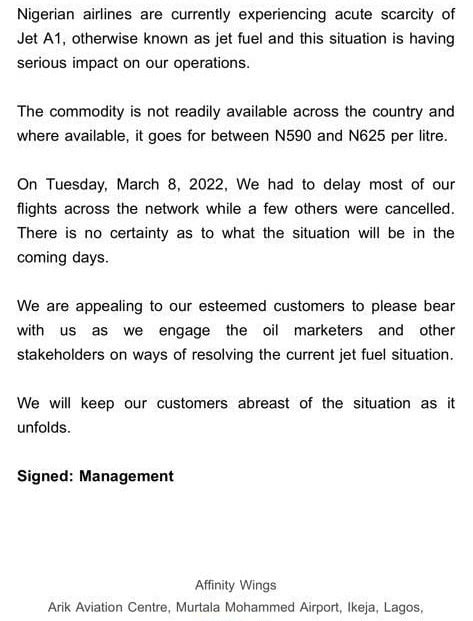 However, speaking on Wednesday, the IPMAN national operations controller, Osatuyi said airlines might need to brace for further increases in the price of Jet A1 due to the high exchange rate, among other factors.

Mr Osatuyi said: “By next week, don’t be surprised we are hitting N700. The exchange rate today is N585 while the official rate is N416; and the government does not give forex allocation for the purchase of kerosene, diesel and aviation fuel.”

What can be done? 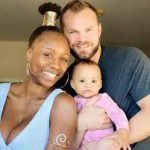 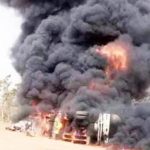