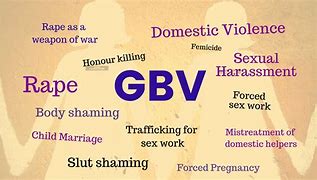 Empowering Women for Excellence Initiative (EWEI); a non-governmental organization, ON Saturday, mobilized students and lecturers of Kaduna State Polytechnic (KADPOL) in a campaign to end violence against women and girls in the polytechnic and public spaces.

The 16 Days of Activism is an annual campaign which began on the 25th of November, the International Day for the Elimination of Violence against Women and runs through to the International Human Rights Day on the 10th of December.

The theme for the 2022 activism for the end of violence against women and girls is “UNiTE”
Ms Jelilat Abidoye, Technical Advisor, Monitoring, Evaluation and Learning, EWEI, said during the campaign at the Kaduna Polytechnic Main Campus, Tudun Wada, Kaduna, that the campaign was under the ‘We for Them’ project.

Technical Advisor of EWEI, Ms Jelilat Abidoye said during the campaign at the school’s main campus, that the campaign was under the “We for Them project”

“As the 16 Days of Activism comes to an end, we are encouraging everyone to get involved from amplifying the voices of survivors and activists to supporting women’s organizations and strengthening feminist movements.

Read Also: Lawmakers criticize the new limit set on bank deposits and withdrawals
“We can all act to empower survivors, reduce and prevent violence against women and girls, and protect women’s rights, and wholesomely end sexual harassment and abuse in public spaces.” She noted, as she added that the abuse against the girl child and women can be prevented. 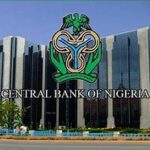