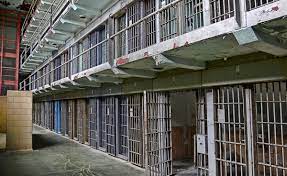 There was chaos among residents of the Kuje prison area in Abuja on Tuesday evening after explosions and gunshots were heard from the direction of the correctional centre.

The details of what happened were unclear as of Wednesday morning.

The police are yet to issue a formal statement on the matter.

However, a spokesperson for the Nigerian Correctional Service, AD Umar, confirmed that gunmen had attacked the correctional centre but that normalcy had been restored after security agencies intervened.

“I wish to confirm that about 2200hrs, some yet to be identified gunmen attacked the Medium Security Custodial Centre, Kuje in the Federal Capital Territory,” Umar said.

“However, men of the Armed Squad of the Nigerian Correctional Service and other security agencies attached to the Custodial centre have responded and calm has been restored to the facility and the situation is under control.

“Details will be made available soon.”

“The attackers opened fire on the convoy from ambush positions but were repelled by the military, police and DSS personnel accompanying the convoy,” presidential spokesperson Garba Shehu said.

“Two persons in the convoy are receiving treatment for the minor injuries they suffered. All the other personnel, staff, and vehicles made it safely to Daura.”