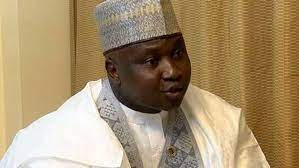 Majority Leader of the House of Representatives, Ado Doguwa, has said Nigerians should be allowed to bear arms in self-defense considering the bad security situation in the country.

The All Progressive Congress (APC) member who is representing Doguwa/Tudun Wada Federal Constituency of Kano State said this during plenary on Thursday when the House was debating the aftermath of the terrorist attack on a train filled with passengers in Birnin Gwari, Kaduna State.

Doguwa, who was moved to tears by the tragic incident, is of the opinion that the security agencies have failed and citizens should not be at the mercy of terrorists or bandits.

Another lawmaker, Honourable Aminu Suleiman who is also a member of the APC in his contribution said the security agencies are displaying incompetence.

He drew the attention of the House to a group of young boys in Kano State called Suka, which he says are budding and could grow into another security threat.

Suleiman questioned the effectiveness of the House regarding the resolutions passed on security-related matters and urged the lawmakers to embark on a strike until the security situation is handled.

He also wants the President as Commander-in-Chief to live up to his responsibilities and guarantee the security of lives and property.

The lawmakers also questioned the capability of the National Security Adviser, who has remained in the position since 2015, unchanged.

Honourable Ahmed Jaha while making his contribution spoke with an angry tone lamented that a member of the House wrote a commendation letter to one of the Service Chiefs and he is pained by it.

Jaha, who is representing Chibok, Damboa and Gwoza Federal Constituency said he will deal with the member eventually.

He was eventually called to order by Speaker Femi Gbajabiamila over the statement he made.

Honourable Dachung Bagos asked that the house suspend releases to security agencies until they can account for all the funds released so far.

In honour of those who have died in the past week due to banditry and terrorism, the lawmakers made special prayers and the House is adjourned. 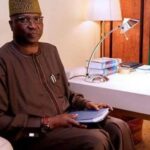